One decade 1988 – 1999 my interests to the photography was the boundary,  where the water meets the land.  The junction reflects its colours, water, land and sky.

You discover such tranquility which you only find in mountain areas and deep forests.  Your eyes rest in the landscapes and the photos have less tension.

Rivers and waterways cut up cultures trough history, buildings and architecture are genuine.  Buildings act as monuments of their own time. Buildings reflect the task and the forefathers that used to live in them.  The form and the variations of the materials fascinates me. The colour of the clays and bricks in the walls have always been typical to the area itself.

Boats in the harbours belong as a natural part in this environment.

Intersection of water and cultures

I invite you to look at the pictures of the Power of Color photo exhibition on a Slide Show.  The real exhibition consisted of my pictures from the years 1989 – 1999.  On the exhibition there were also my fathers portraits of the Finish movie stars and actors of Suomen Filmiteollisuus Oy. The exhibition took place year 2001,  at Auran Galleria, Turku

Your Photo journey begins from the Baltic Sea.  South towards the central europe coastline and inline waterways.  The journey continues through Gibraltar to the Mediterranean Sea across the Atlantic ocean  to “Terra Nuevo” and to South America  inline waterways.

You have now reached  the end of this photo journey.  Lake Nahuel Huapi in Patagonia,  near Argentinian and Chilean border.

Thank you for watching these beautiful landscapes!

There is a story behind every photo ” Dover Lighthouse”

The picture of Dover lighthouse  was taken 03.00 am.  Photo of the South Foreland lighthouse is spectacular in the way that the lighthouse is level to the tripod position.  Sailors with smaller craft normally see the white cliffs  in a different angle  and on top of that only the lighthouse beacon tower and the roofs .

My shoulders acted as the tripod when taking the photo of Dover Lighthouse.  I stood on upper deck of  the Voyager of the Seas cruise liner.  Voyager was built on year 1999 in Turku,  and it was the biggest cruise liner of the world.  Mast height from the sea level was 65 m.  Picture on the right gives you a size picture of the Voyager.  A full size running circuit on deck for morning exercise.

The cliffs are rising more than 50m above sea level.  The Cliffs are spectacular in the morning sun with the golden colour.

The lighthouse stands proudly on massive cliffs of  St. Margaret’s Bay, Dover, Kent. The Victorian lighthouse was the first lighthouse powered by electricity.  A beacon of great importance guiding ships past the infamous Goodwin Sands.

Our ship Voyager of the Seas was lying against the wind waiting  for the construction workers to join us on the maiden voyage to Miami.

Morning hours had a perfect sunrise, the cliffs coloured with a golden glare. That was first time for me  the cliffs appeared so beautiful.  Normally you have to be satisfied with grey sky and White Cliffs of Dover as they say. 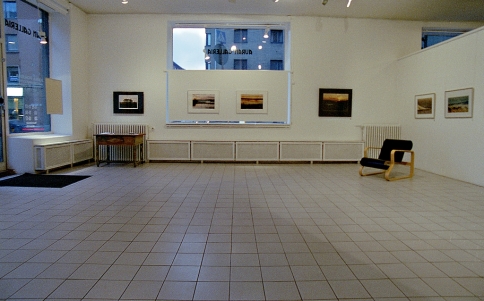 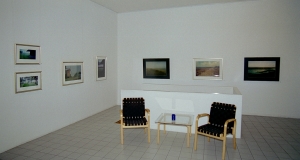 The Power of Color photo exhibition was mainly digital photo exhibition.  It was one of the first digital photo shows in Finland.  Hewlett Packard, Finland sponsored the printing materials.   Printing media work was from Printstudio Oy.  Digital printing work was made with pigment inks to various paper medias, mostly to heavyweight art paper.  The estimated lifespan of the pictures was 100 years.  The prints are now nearly 15 years old and  hanged out in various walls.  Prints are still outstanding.

The classic part of the show; large handmade developments with Kodak Ectacrome paper were made in Colour Studio Jussi Pohjakallio.  I still remember one low light photo “Linna vartiossa Moselilla, Treis Cochem” was extremely hard to develop in the darkroom.  I´ve never tried to make it digital,  here a vast copy of what it was in the photo show.  Eventually a drum scanner might help, but it never brings you the joy of darkroom working and the perfect optical results even of the worst negative.

Photography has never been my profession but it has been an important factor in every business I´ve done.

Photography has always played a great roll in my life, never my business but always in every business that I have done. View more posts